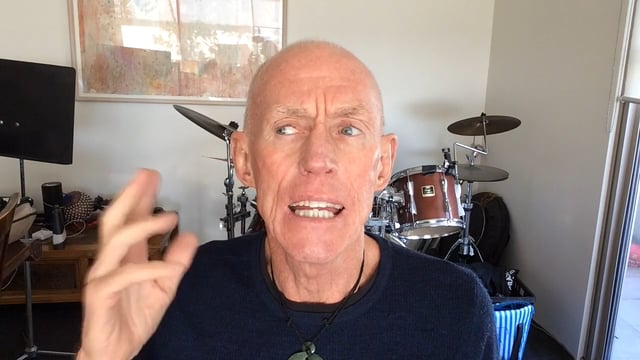 I know! What am I thinking? Looking to the coaching of elite sports people for inspiration and learning? An area of life that is littered with the broken hearts of those who never made it; the spending of huge $$$ on what some would call shallow goals and trivial pursuits; and a field constantly accused of illegal enhancement, deception and straightforward cheating. But these posts are about looking to unlikely places, and elite sports coaching is certainly unlikely. So! What can this field offer those of us who work with young people?

We can look to someone like Martin Hagger Professor of Psychology at Curtin University who talks about being ‘Inside the mind of champion athletes.’ And he breaks his analysis down into a number of elements. His first is Motivation. But he doesn’t talk about an inner drive, which while being somewhat intangible, certainly still seems to be quite genuine and often referred to by elite athletes. What he does do is approach Motivation as a practical goal-setting approach, and he uses the acronym SMARTER; (a variation on the familiar SMART) to talk about the elements that need to be present as we think about goals. SMARTER stands for:

While still being easier said than done when it comes to application, this practical framework makes perfect sense in terms of working with young people. Especially appealing are Agreed, Meaningful and Engaging. Case management plans seem to constantly founder because they aren’t genuinely agreed with by a young person and are anything but engaging. Why would I ‘commit’ to something I don’t genuinely agree with? And for all of us, it’s hard to stay committed to something that’s not meaningful nor interesting. So if we are working with young people, or anyone really, then: ‘Meaningful’ + ‘Engaging’ = ‘Agreed.’ Or at least there is a much better chance of it being ‘Agreed.’

Martin goes on to talk about Anxiety Management, Self-talk and use of Imagery as useful strategies for the elite sportsperson. Equally useful, I would suggest, for young people. Especially perhaps for those young people who seem to fall through the gaps in our systems, and who often have not been able, nor had a chance to develop the wherewithal to manage life.

But there is someone in the field of elite sports coaching who has particularly caught my attention. And as I’m sitting here drinking coffee having just come from a school where I am working (with others) with a boy who seems to be falling through the gaps…(This is all true by the way. Not making it up)…I am thinking of the controversial David Brailsford, who heads the besieged UK cycling unit Team Sky (see youtube for the scuttlebutt, if you want to check him out) and who is guided in his work by what he calls CORE principles.

The C of this CORE stands for ‘Commitment.’ Dave (as he prefers being called) says that in coaching elite sports people ‘commitment’ is a given. And so I am inspired as I think about the boy I was talking to earlier today, and let’s call him Andro, to ask myself: Is Andro ‘committed’ to working things out at school? Is he ‘committed’ to working on the ‘plan’ that has been put together, with his involvement, which aims to help him succeed/flourish in life? My answer would have to be that he is, at best, unsure, ambivalent and at times, readily distracted. But I think the idea of commitment is relevant here. At this point, to expect full ‘commitment’ from Andro would be to expect too much. If this boy had it all together then he wouldn’t need help. But ‘commitment’ is there within him in some form, and I think it is the task of those of us seeking to be helpful to him to find and nourish this commitment. Although I may well use a different word. I would call it ‘engagement’ or ‘connection’…helping Andro ‘connect’ with the idea of being an active part of his own life.

The second idea that David Brailsford talks about is ‘Ownership.’ He says athletes in the team need to be part of the whole process of coaching. That they are expected to have opinions and to voice those opinions; to be active partners in producing their own excellence. Equally, Andro needs to be a part of all that happens with and for him. While it is our task to help locate and nurture ‘commitment’ within Andro, it is equally important, that this process proceeds with him owning his own wins and losses, his uplifting moments and setbacks, the ups and downs of daily living. The process is not something done to him or even for him, but something that proceeds with him.

And the E in CORE stands for ‘Excellence.’ The ideas of Commitment, Ownership and Responsibility creating a climate which produces ‘Excellence.’ And this ‘Excellence’ he says is personal ‘Excellence’, the best that each person can be. (Mind you, Dave is also seriously looking for gold medals, and is quite open about this).

In a separate interview….

Dave presents a slight variation on CORE by offering his five top tips for creating this atmosphere which in turn creates excellence:

(Interestingly he says these standards might be value standards, or behavioural, or performance standards.)

‘Recruiting the best’ is an appealing idea in working with young people. How can I ‘recruit’ the best in this young person? Find the best part of them and bring this into the light and encourage it to grow?

What stands out for me, is his comment about creating an environment where people actually think they can improve. Belief in self is an essential part of being well, and simply be an excellent human being. A very useful mindset both for young people, and for those working with young people.

So there is a wee look at the very intriguing world of elite sport. I don’t think we’re really looking for gold medals in our work with young people. But excellent people leading excellent lives? Now that’s worth pursuing.

This site uses Akismet to reduce spam. Learn how your comment data is processed.